“With Jesus Christ as the cornerstone”
Ephesians 2:20

This was led by Nau Epiha and Sid Kingi.

Māori Wardens guided people in the darkness to parking places and traffic control.   Prior to 5am Matua Nau explained proceedings to those gathered at the gate and then led us in with his strong voice of karakia tāwhito.  We stopped alongside the wall where the building name is located at which point he asked the question: he aha te ingoa o te whare?  What is the name of the building.  The answer came in response from the minister, Dr Rev Robyn McPhail: Whare Karakia o Manako.  At which moment the covering was removed from the sign – and from the sign at the gate – and all the lights in the building came on. 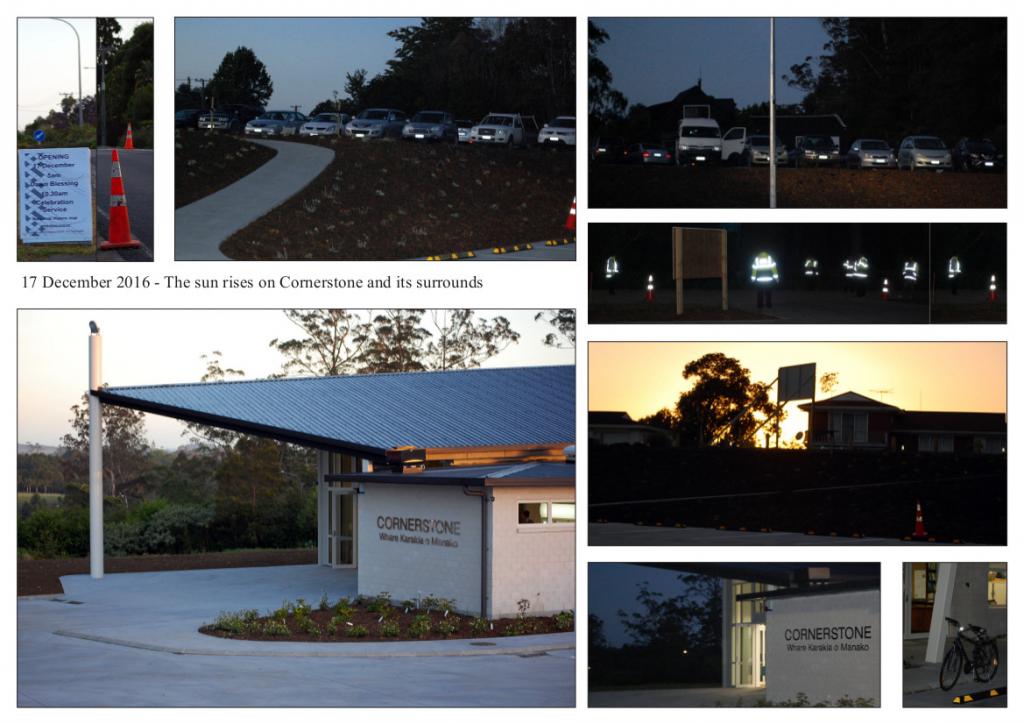 The procession of people then moved into the building and around all the rooms before returning to the Worship Area to the awaiting seats.

After opening mihi from Nau and Matua Hohepa Epiha, Ecumenical Prayers of Blessings were offered from many faith groups.

Mihi/greetings then continued, with songs, until word came from the kitchen that breakfast was ready. This was the first test of the new kitchen and was a great success.

Thank you team.  And thanks to all of our supporters and friends. 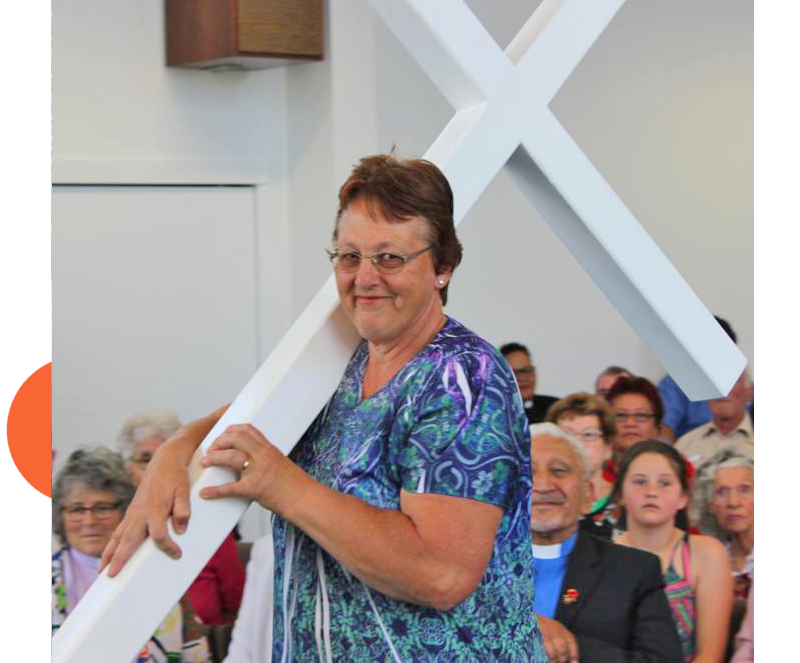 The congregation of Kerikeri Union Church invited the whole community and friends from beyond the district to join us for the Grand Opening of our new Church and Community Facility.  It is to be Community Space with a Spiritual Heart and we wanted to really warm this heart on our opening day.

At 10.30am we started the celebrations by:

There was an opening karakia/prayer (Churches Together in Northland Co-Presidents the Rev Mary Nicholas and Alex McEwing) then we talked to one another about the reasons and the links that brought each person to the gathering. We made connections. Philippians 4:4-9 was read to introduction the theme, Toi TeRito Maihi spoke about her design for the feature window in an address she entitled “Gift”.  What a gift!

We listened to, and joined in with, the song Beneath the Southern Cross.  The cross featured in the video was on site in pieces and, while the story was told, a team of young people worked re-construct it.  Ellen Callister sung the lovely Italian song Nella Fantasia, accompanied by her mother Claire Craigie.

Prayers for the Community followed – all of us focusing in silence on our hopes and longings. Prayers for churches and faiths in Kerikeri, for community leaders, and community volunteers and groups were said. There was then a closing blessing and song. Greetings from absent friends were received and a number of people present who wished to honour of the occasion.

With that concluded, piper Grant Robertson led us outside for the tree planting and then the unveiling of the plaque by Mykael Webster and Henry Driver. 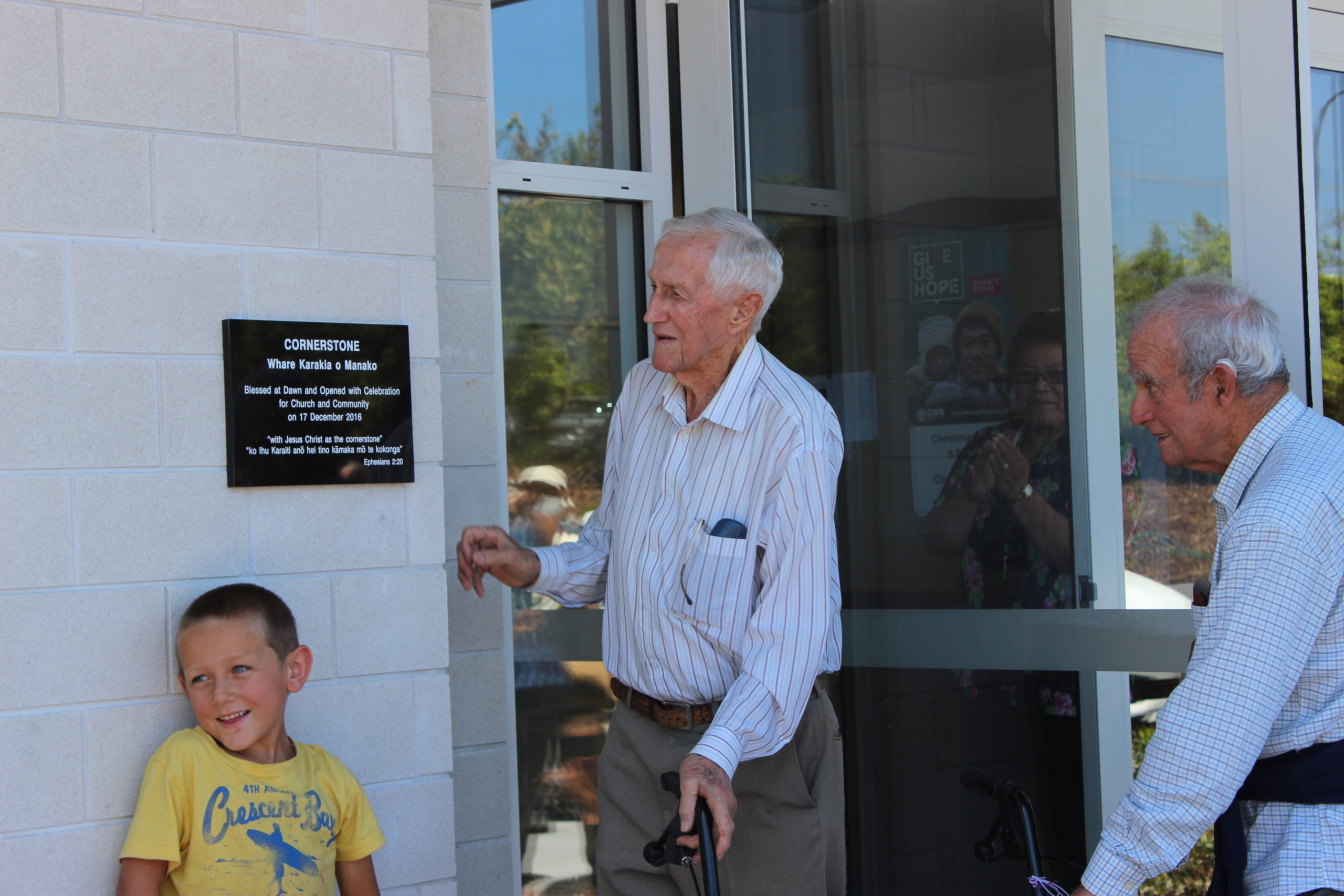 Many Threads – One Place of Welcome 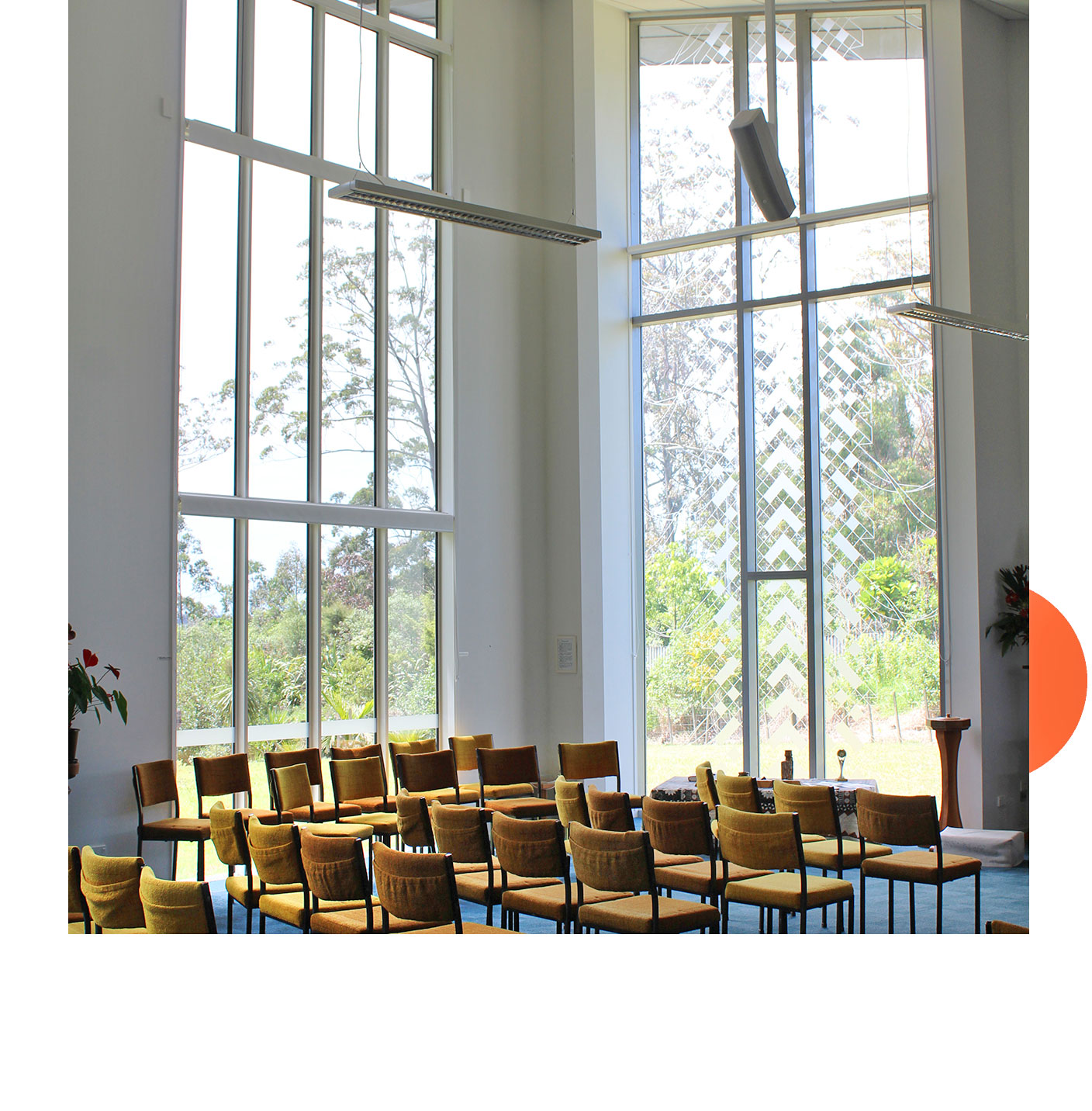 At the heart of the building is a window with the theme of “Unifying”.

Toi Te Rito Maihi sees us offering space for the diverse, often fragmented or divisive, strands of the Kerikeri Community to be woven together in strong relationships.

This weaving together of people develops into the figure of the cross.  Christ – God’s Way of self-giving – effectively weaves us together.

At the cross the weave is firm and sure.  At the edges, reaching out into the world, it is loose.   Loose strands are important to the image and the vision. The message is that all are welcome and can link as loosely or tightly into the weave of the cross as they choose.